Share
Dr. Deborah A. Ballam, former associate provost for Women’s Policy Initiatives and director of The Women’s Place, has enhanced the lives of countless Buckeyes in the classroom and beyond – leading efforts to improve gender equity and inspiring positive change. 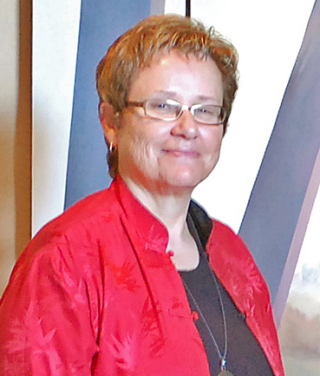 Dr. Deborah A. Ballam, former associate provost for Women’s Policy Initiatives and director of The Women’s Place, has been featured in The Ohio State University Carmen Collection. The Carmen Collection, part of Ohio State’s sesquicentennial celebration, is a series that highlights hidden Buckeye experiences, challenges and accomplishments that have helped shape the university.

Dr. Ballam dedicated more than 30 years of service to Ohio State, leading efforts to improve gender equity and inspiring positive change. Her academic career began in 1982 when she became a professor in the College of Business. She spent most of her career in the College of Business until 2004 when she was named the director of The Women’s Place. Throughout her student and professional career, Ballam took on an activist role on issues related to women and members of the Gay Lesbian Bisexual and Transgender community.

In her work to eliminate discrimination against women faculty and staff, Ballam first prepared, with two other women faculty, a “chilly climate” report for the College of Business. With her passion and leadership, she played a major organizing role in cross-campus series of meetings, which led to the creation of the Women’s Grassroots Network and eventually, The Women’s Place. The Women’s Place is the organization dedicated to serving as a catalyst for institutional change and expanded opportunities for women's growth, leadership and power at Ohio State.

In the mid 1990s, Ballam served as chair of the Council on Academic Excellence for Women, an advisory body to the provost on women’s faculty and staff issues. She also served on the first President’s Council on Women, which advised The Women’s Place and the president, and later as director of The Women’s Place from 2004-2009.

Ballam has received numerous awards including the Senior Faculty Award of Excellence from the Academy of Legal Studies in Business, the Fisher College of Business Pace Setters Outstanding Undergraduate Teaching Award, the university’s Distinguished Affirmative Action Award and the Distinguished Service Award, the Franklin County Women of Achievement Award and many others. In addition, the Association of Staff and Faculty Women named their annual symposium in her honor.

Learn more about the impact Ballam has had at the university from an interview with College of Social Work Dean Tom Gregoire in the An Ohio State Woman Who Changed My Life project.

Learn more about Dr. Ballam in the Voices of Women interview of her, which describes her career and activist role at the university after relating her journey through Ohio State first as an undergraduate, then as a master’s-degree student and as a student in the College of Law.