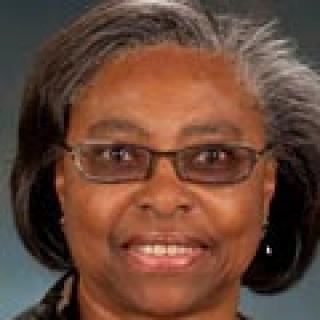 Ruth Peterson
Director of the Criminal Justice Research Center (CJRC) and professor of sociology
“
She was ... outraged that I was letting myself be pushed around ... .
”
Hazel Morrow-Jones remembers how Ruth Peterson convinced her to be forceful in requesting a sabbatical, which became a pivotal move in Hazel's career.

HAZEL MORROW-JONES: I met Ruth Peterson shortly after I came to Ohio State in 1988, and after that we met occasionally at things like professional talks and university events and some social occasions and so on. I knew of her and know of her still as a really phenomenal scholar; she is very productive and the work she is doing in social justice and criminology is really really important work. I also know that she is an outstanding leader in the criminal justice center and I also was aware that she has helped other people to succeed, particularly in terms of the Crime and Justice Summer Institute, which she uses to bring young colleagues into the network of researchers around the nation.

So, you know, I was aware of all of that but the story I wanted to tell was more specific to me and that is that in about the year 2000- again, we were just acquaintances, casual friends. I was an associate professor and the associate director of the Center for Urban and Regional Analysis, and Ruth was already the director of the Criminal Justice Research Center. And so The two of us got together for lunch one day, just to talk about how our two centers might be able to collaborate and what we might be able to do together and so on.

In passing, during that conversation I mentioned that I'd had some trouble in getting a sabbatical in my department. I had been trying for two or three years and every time I was turned down for one reason or another, and I was just feeling frustrated and like I wasn't going to get anywhere. I was really quite convinced that I needed that sabbatical to get my research publications really jumpstarted so that I could eventually be promoted to full professor. I just mentioned this casually in passing, and Ruth just got fired up immediately, really got on my case and really just ordered me to go back and approve that request and insist that I had earned a sabbatical, that I deserved a sabbatical.

Well she was so absolutely commanding at that moment and so assured that this was the right thing, and simultaneously she was very supportive of my doing this but also just outraged that I was letting myself be pushed around as she saw it. So I just went back and did exactly what she told me to do. And when I went in with that sabbatical request there was no question at all; I got it, it just went very smoothly.

I then had a very productive year as an associate professor and was able to get some things going that I then could continue after I came back. A couple of years later I was then promoted to full professor, which of course was sort of the pinnacle of the faculty career, to be a full professor, and it would not have happened if Ruth had not convinced me that I really deserved that sabbatical and really needed to make the case myself. And then on top of that, if I weren't a full professor I doubt that I could be director of the Women's Place or associate provost, either, and so I think I owe that to Ruth as well.

The lesson that I took away from that, a couple of lessons, one is that you shouldn't settle yourself into a role of a victim, feeling like "Oh, well, it'll never happen, I'll never be able to do that." And also not to expect people to automatically see the worth of the work you do. Rather, that you have to make the case for them. They are not going to just see it; you have to put together a convincing case and you have to document everything and you have to put yourself forward, because if you don't do it, nobody else is going to do it. So I learned that lesson from Ruth, but the other lesson that I learned is that you can be a brilliant, hard-working, productive, committed scholar as she is- she is passionate about social justice- and she is also extremely generous in her help to people more junior than she is in academic settings, and really helps to bring people along. That, I think, is the mark of a true scholar.