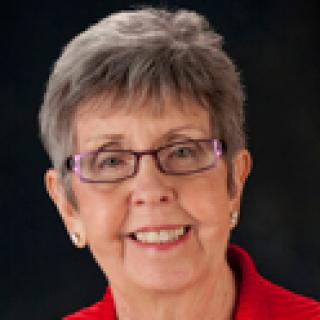 TAYO SWITZER: My name is Tayo Switzer, and I'll be speaking about Carole Anderson, who was the dean of the College of Dentistry, here at Ohio State. My role at the university is as an organization development consultant out of the Office of Human Resources, and that's how I was put into contact with Carole: I was assigned to work with her and work with the leadership team at the College of Dentistry. It was quite remarkable because as a first assignment coming to the university two years ago, it was a rather large challenge to step into an unfamiliar environment- I'd come from a corporate background and was not overly familiar with the academy. It was interesting with Carole because she had such a strong academic background so she was very familiar with it, and I had none.

At first, we weren't even sure how to talk to each other, but I give Carole a lot of credit: she was patient with me, she stepped back and allowed me to just figure out how to make the connection with her, from a language standpoint, a thinking standpoint, and was very accepting of me. That actually was the first indication of who she was as a person and the values and ethics on which she stands, which I'd come to find out later from working with her over the last couple of years.

Carole is incredibly grounded in her morals and ethics and it drives who she is as a person. Why that makes her an incredibly successful dean is because she's hard to be pushed off her center: she holds the line when it comes to what she believes is right for people and what she believes is right for the university, and there are very few who are out there who can really move her from that position.

For me, coming into the university and to be connected to a person that early who knows what they stand for was really quite amazing. And also a thing about Carole is that she's a great listener: so not only does she know her morals and values, she is also willing to sit and listen. They're probably one and the same: because she's so strong in her morals and ethics, she's able to listen to other people.

And As I go back to those first couple of meetings when we struggled with an understanding of language, a lot of what was showing up there now that I reflect on it is that she understands diversity, she understands difference, and she's patient with it. And so being around her really gave me a very special education and experience in these last two years that really has set me up for the success of my career as long as I stay here at the university. So I am very proud to know Carole as a person and as a professional and look forward to being influenced by her continuously as I continue to work here at the university.